INTRODUCTIONInto the 2D World, to meet our favorite characters

This is the true power of Virtual Reality technology.
Up until now, VR has been used primarily for gaming.
Now that we can truly experience those characters right infront of our eyes we knew what we needed to do. We set our sights on bringing a true sense of realism to life, inside a VR Anime experience.
"Spice and Wolf VR" is our second VR Anime continuing on our work with our previous title "Project Lux".

Any project requires some amount of funding to be realized, however that funding alone isn't a guarantee for it's success as a product.

This is especially true for ambitious niche projects with potentially limited audiences.

In addition through this system creators are able to produce that more closely fit fan expectations while also giving back to supporters directly through things like special backer rewards.

Crowd funding is now complete for this project. Our sincere thanks to all the fans and backers who made this possible 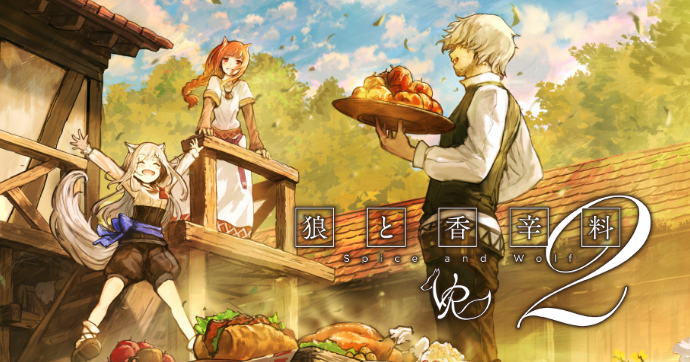 About "Vr Animation"VR allows you to experience the feeling of your favorite characters standing right there next to you.

VR Anime allows you to experience a full 360 degrees of freedom within the world of anime. You can enjoy a unique perspective exactly the same as if you were one of the characters in the anime itself.

A full 360 view of the anime isn't the only special feature of VR, it also provides a real sense of "presence" to the character, the sensation that they're standing right there beside you. This is part of what's called a "Crossmodal" effect which can give the illusion of touch and even body heat emanating from VR characters. When a character in VR meets your gaze and looks back at you, the experience is something totally different from a flat TV screen.

In addition, you'll be able to look at the characters from any angle you want. Walk around them, even look up at them from on the ground. You can even give them a hug or a pat on the head. (Unfortunately reactions and sensation for those last two are features we don't quite have yet...)

Nothing like watching on TV, the sensation of being drawn inside the virtual 2D world, that's the true essence of a VR Anime